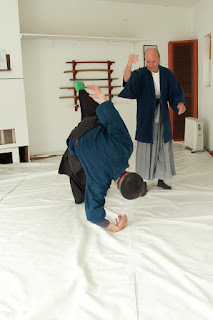 I shall make this a brief explanation to give a perspective on the relationships between Budo, Love Space and Time which applies to Aikido and indeed life itself.

The main focus will be on Space, a major part of understanding Aikido yet unfortunately not a well practiced or understood part on the whole.

So first Bu! (don't jump) Bu from the term Budo can be translated as power basically and thus you can see how it fits the mentality of most to do with martial and martial arts. Well, it is to me also power but not as most would define power. To most power incites and fits with the feeling of oomph,the feeling of superior strength, the feeling of being an 'invincible' cause. The strong cause of an effect on another. Ego wise this is very tempting and logical wise it is very logical yet as usual when it comes to Aikido this is not the correct concept of power as described by Bu or as described by Budo is love.

The power it describes is that of a nature of causing betterment in and for the opponent. A healing power, a comforting power, an Aiki power.

Love and Ki working together. Space and energy working as one without which there is no kokyu and no Aikido. 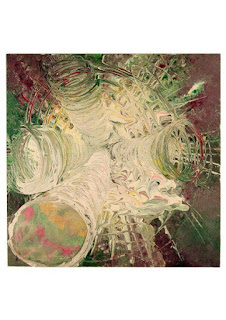 SPACE: Working with space in Aikido is yet another discipline and is needed to grasp eventually the reality of the circle, a fundamental principle, and of many other aspects of Aikido and harmony and motions involved. When people mention in Aikido the great feeling of love being like the sea and like an ocean wave as they took and threw an opponent then they are indeed feeling something very true and powerful and even beautiful. But technically what actually happened at that point and with that action?

Love equates with space. Their own personal space had joined with and welcomed the others personal space and thus the Ki also became as one. Space and energy. Love and kindness. Ai and Ki.

So let's look at your own personal space. It's actually a spiritual thing yet it's as real as anything else in the universe. So as you become more aware of it and indeed respectful of it you can start making sense of a lot of things from a new perspective. Of course technically from a geometric viewpoint in Aikido you would start developing a more 3d view of what's going on. That alone is worth it's weight in gold but here I am going further than that. I am going to introduce you to some perspectives you may find useful in your life. 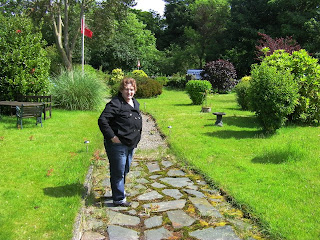 Psychology of space: To look at things taking into account the importance of space is well worth doing on so many levels. Even where you live now you already no doubt know how important it is to have your own space. A teenager wants their own space and thus their own room where they can have their own things and decorate their own way etc. It's very real.

Now this may shock a few people depending on their cultural upbringing but arrogance tends to disregard and disrespect others personal space and it can even be seen in certain cultural things like greetings. The Japanese culture somehow developed as a matter of etiquette and good manners the idea of not entering anothers personal space when greeting. Thus they bow. Now I ask you, have you ever been in receipt of such a thing from either someone from such a culture or maybe a buddhist priest or some such? Wasn't that feeling you got quite pleasant? Maybe unusual but pleasant none the less and the reason for that pleasant feeling is that it is someone respecting and acknowledging and honouring your personal space.

That's all. Now look at how upset you get when someone enters your personal space without permission, without respect. So we begin to see how important and real space is. This can be extended to horrendous things from rape to burglary to to mugging and even to a country invading another country. Space, personal space. 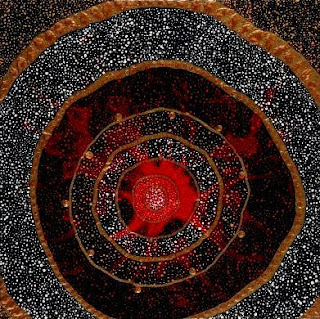 We could even look at areas of life from this view and learn much. You have in life if you wanted to divide it up a few different spaces yet all personal to you. For example you firat and foremost have your own personal space. Then you could say you have your family space. You have your living space which you may call a house. You have your local neighborhood space. You have different towns or parts of towns or places that for some reason you feel at home in. It's to do with the space. Now you can expand it and you have your country, that space. Notice that as you have that space it feels then that it is yours, your country, your family, your house etc. This a phenomenon of space.

Another perspective here I shall give is that of time. So many complaints and worries people have to do with time. The solution to time is not to concentrate on time but rather to give yourself space. Space gives time.

Much is said in Aikido about taking someones centre and unbalancing them. Well it is true that if you 'take' their centre or 'disrupt' their centre then this happens but that is a limited view of hwat actually happens and thus open to a vast number of misunderstandings and false reasoning. It's like the saying 'a little knowledge can be dangerouse'

Firstly it's not the centre which is disturbed but rather your ability to keep attentin on it but more importantly is the question centre of what?

It's the centre of space of course. So when someone attacks you and you 'lose' your centre you find yourself losing timing, panicking, rushing........basically losing it! Actually you have lost your space for space gives you time and without it you thus panick, rush, worry etc. 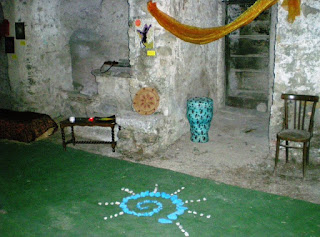 So always remember space. When all seems 'too much' then it's time to space things out. This is organization. Space is real. Space is fundamental. Space is important.

And may we all one day finally recognise that humanity is mine, the world is mine, existence is mine and is all inclusive.
Posted by graham christian at 18:48