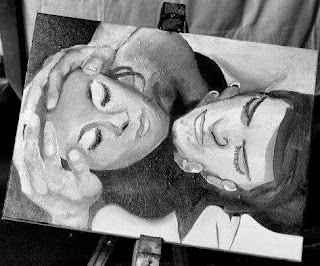 Bu. Love. Yes true Bu is love and so true Budo is the way of love. This is the heart of Aikido. So what is love? Also what is the martial aspect of love?

The first view to take if you want to understand is actually space, to look at love first and foremost as space.

Now, when you have got your head around that idea you have to take it the next step.....universal space or as I prefer....infinite space.

We are used to calling the area between things space, in other words dependent on solid things. Well, true space isn't dependent on matter, it is of itself. Now some say it's a matter of beyond space and time. From one perspective yes but for for in truth it is true space which is beyond the mind concept of space and time.

When showing someone who was 'well into' the love aspect this he was taken aback. For it is not just a good idea...it is real. It is a matter of reaching out...opening up to that infinite....beyond the 'sphere' of your own 'personal' space. 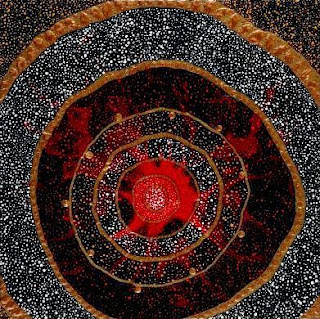 So a loving space is what a baby expects to be born into...to feel comfortable and supported.

But let's look at the embrace part. I just saw a brief intro. to an article about O'Sensei and a course on such given by the Aiki Journal. The fascinating thing to me was how they were interpreting this aspect. They noticed O'Sensei was doing something first and concluded it is all about enveloping the opponent. Fascinating. Just look at the difference between EMBRACING and ENVELOPING.

You may hug a tree that's to do with embracing. You don't envelope a tree. I suppose that's 'jaki's' version.

Feeling wise on letting go and accepting this universal love you feel the associated energy and Ki. So now think of this. As with centre line and circle and the principle thereof where Ki flows along those pathways now we must add into that equasion the energy of infinite space...the loving energy of that infinite space. They of course work together, they are interdependent and influences on each other and so comes about the wave. The all embrasiveness brings about the wave but waves are no square, they are round. They are the ups and down curves that form waves.

There are of course waves to do with any emotion, you can have a wave of fear or any other emotion but the discipline is the discipline and that is the disci[line of only the wave from universal love. Only the true way of the heart.

This infinite love embraces all universes...that is it's divinity and thus the practice of being at one...oneness. 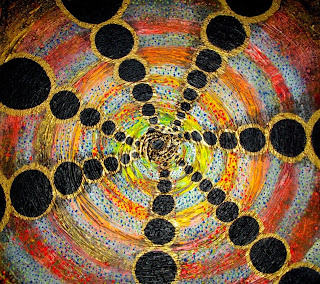 Posted by graham christian at 18:05